Foreclosures are getting harder and harder to find, but we’re here to help you in your search. If you are in the market for a short sale, foreclosed or REO property, please contact us to get the latest list. Though we display the most recent foreclosures listed in our MLS, not all properties make it online. They sell too quickly!

To be in the know when it comes to foreclosures, you need a licensed real estate agent working for you on the inside. We’d love to help you keep track of the latest opportunities in [area]. If you want to view properties today, please don’t wait for an email reply, call us at 915-494-0949 for the fastest service.

Home values appreciated by about ten percent in 2020, and they’re forecast to appreciate by about five percent this year. This has some voicing concern that we may be in another housing bubble like the one we experienced a little over a decade ago. Here are three reasons why this market is totally different.

In real estate, supply and demand are measured in “months’ supply of inventory,” which is based on the number of current homes for sale compared to the number of buyers in the market. The normal months’ supply of inventory for the market is about 6 months. Anything above that defines a buyers’ market, indicating prices will soften. Anything below that defines a sellers’ market in which prices normally appreciate.

Between 2006 and 2008, the months’ supply of inventory increased from just over 5 months to 11 months. The months’ supply was over 7 months in twenty-seven of those thirty-six months, yet home values continued to rise.

Months’ inventory has been under 5 months for the last 3 years, under 4 for thirteen of the last fourteen months, under 3 for the last six months, and currently stands at 1.9 months – a historic low.

Remember, if supply is low and demand is high, prices naturally increase.

2. This time, housing demand is real

During the housing boom in the mid-2000s, there was what Robert Schiller, a fellow at the Yale School of Management’s International Center for Finance, called “irrational exuberance.” The definition of the term is, “unfounded market optimism that lacks a real foundation of fundamental valuation, but instead rests on psychological factors.” Without considering historic market trends, people got caught up in the frenzy and bought houses based on an unrealistic belief that housing values would continue to escalate.

The mortgage industry fed into this craziness by making mortgage money available to just about anyone, as shown in the Mortgage Credit Availability Index (MCAI) published by the Mortgage Bankers Association. The higher the index, the easier it is to get a mortgage; the lower the index, the more difficult it is to obtain one. Prior to the housing boom, the index stood just below 400. In 2006, the index hit an all-time high of over 868. Again, just about anyone could get a mortgage. Today, the index stands at 122.5, which is well below even the pre-boom level.

In the current real estate market, demand is real, not fabricated. Millennials, the largest generation in the country, have come of age to marry and have children, which are two major drivers for homeownership. The health crisis is also challenging every household to redefine the meaning of “home” and to re-evaluate whether their current home meets that new definition. This desire to own, coupled with historically low mortgage rates, makes purchasing a home today a strong, sound financial decision. Therefore, today’s demand is very real.

Remember, if supply is low and demand is high, prices naturally increase.

3. This time, households have plenty of equity

Again, during the housing boom, it wasn’t just purchasers who got caught up in the frenzy. Existing homeowners started using their homes like ATM machines. There was a wave of cash-out refinances, which enabled homeowners to leverage the equity in their homes. From 2005 through 2007, Americans pulled out $824 billion dollars in equity. That left many homeowners with little or no equity in their homes at a critical time. As prices began to drop, some homeowners found themselves in a negative equity situation where the mortgage was higher than the value of their home. Many defaulted on their payments, which led to an avalanche of foreclosures.

Today, the banks and the American people have shown they learned a valuable lesson from the housing crisis a little over a decade ago. Cash-out refinance volume over the last three years was less than a third of what it was compared to the 3 years leading up to the crash.

This conservative approach has created levels of equity never seen before. According to Census Bureau data, over 38% of owner-occupied housing units are owned ‘free and clear’ (without any mortgage). Also, ATTOM Data Solutions just released their fourth quarter 2020 U.S. Home Equity Report, which revealed:

This time, housing supply is at a historic low. Demand is real and rightly motivated. Even if there were to be a drop in prices, homeowners have enough equity to be able to weather a dip in home values. This is nothing like 2008. In fact, it’s the exact opposite.

Forbearance Numbers Are Lower than Expected

Originally, some housing industry analysts were concerned that the mortgage forbearance program (which allows families to delay payments to a later date) could lead to an increase in foreclosures when forbearances end. Some even worried that we might relive the 2006-2008 housing crash all over again. Once you examine the data, however, that seems unlikely.

Chances of Another Foreclosure Crisis? “About Zero Percent.”

There seems to be some concern that the 2020 economic downturn will lead to another foreclosure crisis like the one we experienced after the housing crash a little over a decade ago. However, there’s one major difference this time: a robust forbearance program.

During the housing crash of 2006-2008, many felt homeowners should be forced to pay their mortgages despite the economic hardships they were experiencing. There was no empathy for the challenges those households were facing. In a 2009 Wall Street Journal article titled Is Walking Away From Your Mortgage Immoral?, John Courson, Chief Executive of the Mortgage Bankers Association, was asked to comment on those not paying their mortgage. He famously said:

“What about the message they will send to their family and their kids?”

Courson suggested that people unable to pay their mortgage were bad parents.

What resulted from that lack of empathy? Foreclosures mounted.

This time is different. There was an immediate understanding that homeowners were faced with a challenge not of their own making. The government quickly jumped in with a mortgage forbearance program that relieved the financial burden placed on many households. The program allowed many borrowers to suspend their monthly mortgage payments until their economic condition improved. It was the right thing to do.

What happens when forbearance programs expire?

Some analysts are concerned many homeowners will not be able to make up the back payments once their forbearance plans expire. They’re concerned the situation will lead to an onslaught of foreclosures.

The banks and the government learned from the challenges the country experienced during the housing crash. They don’t want a surge of foreclosures again. For that reason, they’ve put in place alternative ways homeowners can pay back the money owed over an extended period of time.

Another major difference is that, unlike 2006-2008, today’s homeowners are sitting on a record amount of equity. That equity will enable them to sell their houses and walk away with cash instead of going through foreclosure.

The differences mentioned above will be the reason we’ll avert a surge of foreclosures. As Ivy Zelman, a highly respected thought leader for housing and CEO of Zelman & Associates, said:

“The likelihood of us having a foreclosure crisis again is about zero percent.” 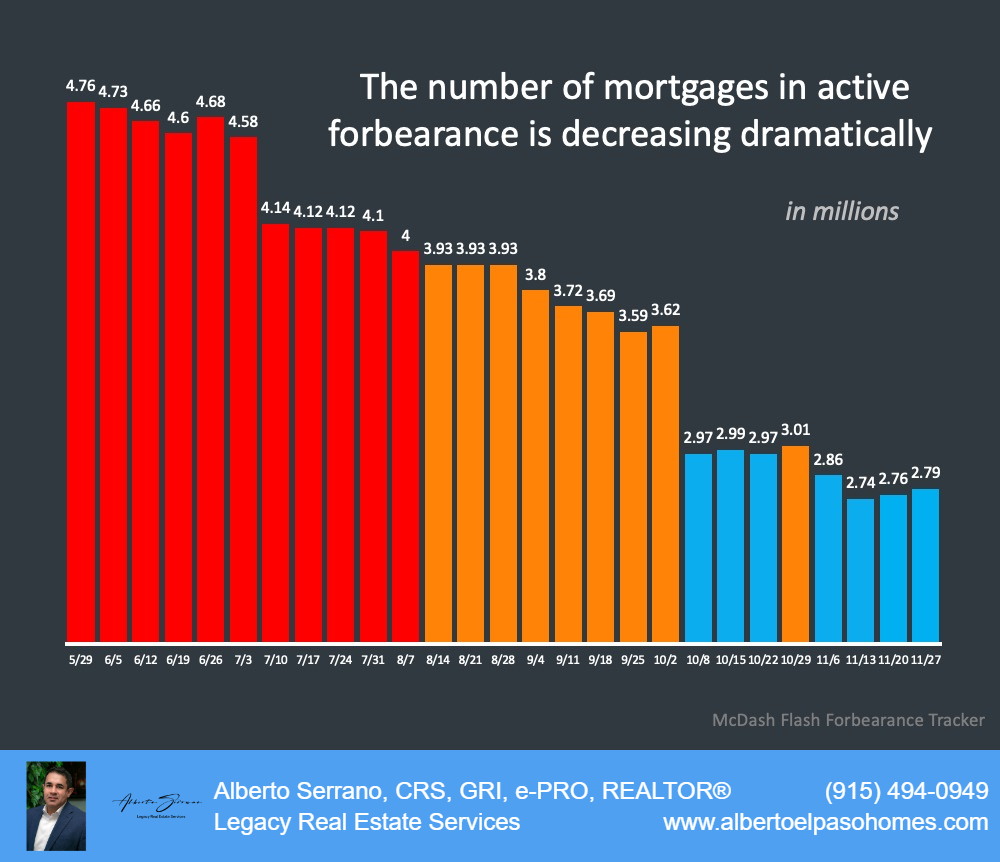 This is a completely remodeled home with 4 bedrooms 2 bathrooms!! It sits on a cul-de-sac on a 1/4 of an acre in Socorro City. This is a must see!!

THINKING OF BUYING OR SELLING? 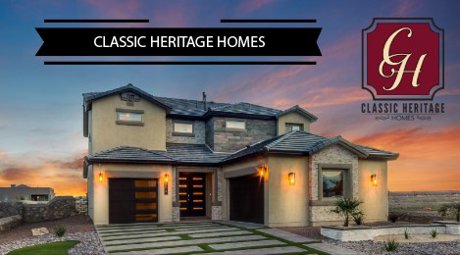